Posted by Bill Lauf on Saturday, October 27, 2012 Under: First blog post
On the day of the funeral for former World War II hero and presidential candidate, Senator George McGovern, I found myself in the city of Sioux Falls, SD to perform as part of Susan Osborn's band for a Friends Of Traditional Music concert at the beautiful Lorang Theater at O'Gorman High School.  Susan is a longtime friend and musical cohort whose stunning vocals were the centerpiece for the Paul Winter Consort in the late 70s and early '80s. The other band members at the show were old band mates from 40 years ago when she first moved to South Dakota to join a band after college in Iowa. 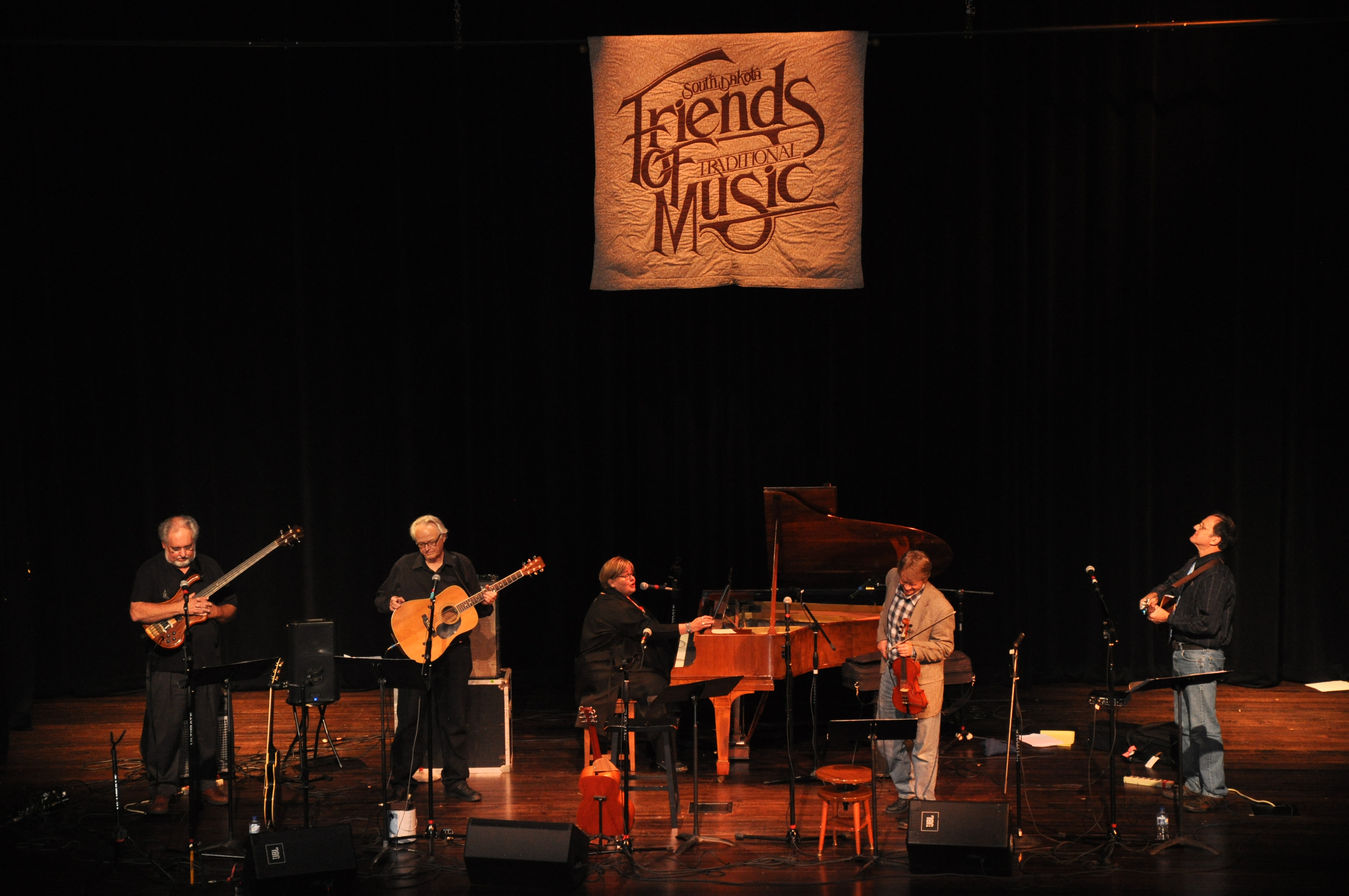 Pictured in the shot, from left to right are Eddie Dunn (bass & vocals), Boyd Bristow (acoustic and electric guitar and vocals), Susan Osborn (guitar, piano and vocals), Kenny Putnam (violins) and me on eight-string tenor guitar' baritone ukulele and vocals).


NOTE: Boyd and Kenny were asked by the McGovern family to perform at Thursday evening's prayer service. Susan, her hubby David Densmore and I watched from the Bristow's home captivated by the poignant tributes and heartfelt music.  It is truly a privilege to be here among these friends and musicians at such a time.


Saturday we will be playing at Gayville Hall in Gayville, SD and then it's on to Minnesota, Des Moines and Omaha for my day job.


For my friends and neighbors in the Northeast, I hope that you prepare well and stay safe as Sandy comes your way.